Genius, madman or both, I had always hoped to someday get to interview Huey Meaux and clarify many remaining mysteries surrounding local musical lore. Sadly, Huey Meaux passed away this morning after several months of declining health. The man knew how to make a hit record and nothing short of legions owe some part of their careers in music to him. From Barbara Lynn and Sunny Ozuna (of Sunny & the Sunliners) to Freddy Fender and the Sir Douglas Quintet, Meaux could hear the potential long before their songs were ever laid to tape. It was Meaux who upon first hearing Archie Bell & the Drell’s “Tighten Up” recognized the gravitas it held and took it to Atlantic on Skipper Lee Frazier’s behalf.

He had his demons too and those demons sent him to prison for fifteen years. The enigmatic Cajun has left a legacy in his wake. A body of work that is nothing short of staggering. I hope we Houstonians and citizens of the world will try to remember what was so bright about this man’s life and attempt to look past the sullen shadows that crept around it.

Andrew Dansby wrote a nice piece about Meaux’s passing this morning for 29-95 you can read here.

When Tejano Found Its Soul Power 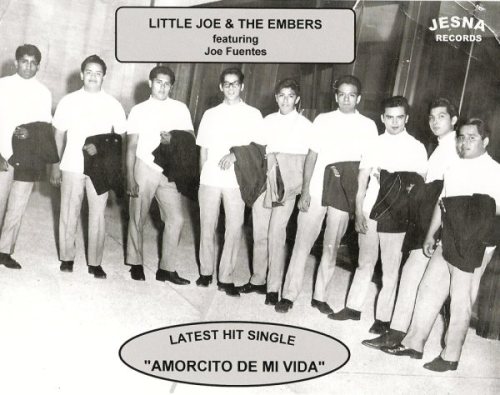 While African Americans did the brunt of heavy lifting when it came to soul music in Houston, it’s a common misconception that they were alone in their musical direction at the time. Houston had its share of multicultural groups in the sixties and seventies that played along the same lines like Soul Bros INC and Masters of Soul. But, it was largely the Chicano groups that found inspiration and then their own interpretation with the genre.

I’ve asked compatriot, I’m Shakin Blog Man and Bayou City Soul Assistant Extraordinaire, Alex LaRotta to contribute a moment of his time to expound on the subject. LaRotta sent me three MP3s for your downloading pleasure and the following story that explains what happened when Chicanos put down the Accordion and started listening to James Brown records. -BK

As La Onda Chicana (The Chicano Wave) musical movement spread wide in America’s southwest in the mid ’60s, Texas was a breeding ground for a young generation of Chicanos making soul music their own groovy thing. Adding R&B beat and rock instrumentation into their musical repertoire, Tex-Mex soul/rock music legends like Sam the Sham and The Pharaohs, ? and the Mysterians (though from Michigan, recorded/produced in San Antonio with a distinct Tex-Mex sensibility), Doug Sahm and Sir Douglas Quintet, and El Bebop Kid (known popularly as chicano country star Freddie Fender) rose to pop prominence and inspired leagues of young Latinos to cut their own American-styled rock and soul records. In a matter of speaking–move over bajo sexto and accordion, I’ll take my guitar with an electric pickup.
END_OF_DOCUMENT_TOKEN_TO_BE_REPLACED

Throughout the 1960s and 1970s, only a few men held enough water to influence the sounds of soul music on a commercial scale in Houston. The men that could put your record in the Billboard charts or put your musical career in the ground, the gate keepers so to speak of the Bayou City.

There was Don Robey, owner of the illustrious Duke-Peacock-Backbeat family of labels. He recorded everyone from Bobby Bland and Junior Parker to OV Wright and Carl Carlton. He built a small empire from his office over on 2809 Erastus Street (The building which still stands today as the Charity Baptist Church) including the legendary nightclub the Bronze Peacock.

Skipper Lee Frazier split his time as a radio DJ on KCOH 1430AM (he still broadcasts today on KWWJ 1360AM) and as owner of his Ovide Records imprint. The 1968 release of Archie Bell and the Drells “Tighten Up” firmly cemented Lee’s stature amongst the heavyweights of Texas record label men. But even if it didn’t, having other acts like the TSU Toronadoes and Masters of Soul on his roster certainly did.

But neither Robey nor Lee had the influence on the scale that Huey Meaux had.
END_OF_DOCUMENT_TOKEN_TO_BE_REPLACED