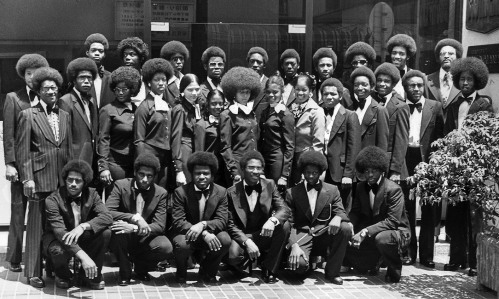 Every now and then, without warning, a human may be struck with a sudden impetus to take stock of what they’re doing with their life. I was interviewing a member of the Kashmere Stage Band for this article last week when I realized just how much I love what I do. At that moment, there was nothing else I’d rather be doing than listening to this grown man tell me how high school kids from poor broken homes, brought the funk to school. That from 1969 to 1977, the Kashmere Stage Band won 42 of 46 local, regional and national competitions. That competing against them was akin to entering a talent show and finding out James Brown had entered the same contest.

The Kashmere Stage Band played nothing short of a vital roll in the history of Bayou City Soul music. These kids helped break the mold for what a school band plays and how they play it to this day. Not to mention, they were like the all-star farm team for Houston’s multitude of musicians to draft from.

Here’s an excerpt from the story I wrote in the Houston Press:

Kashmere Gardens, the Northeast Houston neighborhood sandwiched between the Eastex Freeway and Loop 610, has been racked with drugs and violence for longer than most people care to think about. Finding hope in, or a way out of, the tumultuous area has never been a simple task.

But at Kashmere High School, band director Conrad Johnson gave his students much more than that. Under Johnson’s baton, the Kashmere Stage Band wrote and performed music like no other school band possibly could.

Starting in 1968, Johnson — to whom the community simply referred as “Prof,” and who passed away in February 2008 — wound his students into a well-oiled, ­contest-­destroying machine who played some of the meanest funk rhythms conceivable.

Johnson not only allowed them to perform such funky movements, but recognized it as a way to grab the kids’ attention. Besides reflecting the sounds of the time, the KSB’s covers of James Brown’s “Super Bad” and Dennis Coffey’s “Scorpio” allowed these fresh young students to create their own take on such music.

By adding such tunes to their repertoire, Johnson managed to harness an energy that other school bands’ tired covers from the Hair soundtrack could never hope to summon. In 2006, Now-Again Records released an anthology of the group’s privately pressed, rarer-than-hen’s-teeth recordings entitled Texas Thunder Soul 1968-1974.

You can learn more and buy the album here